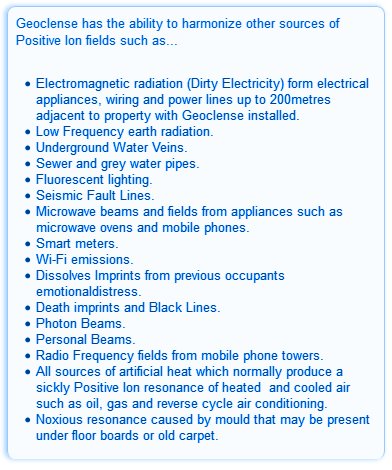 I tried classic orgonites for about few years in regards to reducing/restructuring EMR as i am sensitive to it and more so since 5g has been pushed on us. The classic orgonites helped little bit with 4g and other EMR but when 5g kicked in NZ, i got hit with EMR on another level which had a lot more physical symptoms. I tried one geoclense as suggested by someone to me. i dont know how it works but all i can say is i bought more and plan to gift around as well. Also, it has affected my sleep pattern in a VERY noticeable positive way (earlier my sleep pattern was horrible due to my job). So, with all my heart, thank you to the being that developed this.