Compete at your maximum possible levels ....

How important to you is it to gain that extra second in your 50 metre sprint? Or to obtain that last burst of energy when running, cycling, swimming or rowing a marathon while your competitors are struggling?

This has all become possible using a unique recently discovered technology which is far better and out performing of holographic technologies in competitive products.

The Improved Sporting Performance Wrist Band is an energy tool designed to enhance physical performance and mental clarity for the wearer.

These properties are especially useful for people engaged in any type of physical activity such as playing sports, working out in a gym or performing physical work duties.

How Does the Improved Sporting Performance Wrist Band Work?

The wrist band is a powerful negative ion generator. Negative Ion is the natural resonance found in nature, in which people thrive mentally and physically.

Negative ion fields are rich in oxygen, and are lower in their gravitational field, which puts no stress on the human nervous system and is in tune with the frequency of the heart. So people feel happier and are healthier, and have the feeling of being lighter when subjected to a negative ion field.

The wrist band creates a Negative Ion field around the wearer. Other such energy bands do not have this performance capability.

By creating a large negative ion field around the wearer, this enables the electromagnetic field created by our hearts to extend to its fullest without any positive ion interference which would otherwise shatter that field.

When the heart torus field is strong there is little stress placed on it and the nervous system, thus allowing it to operate more efficiently.

The wrist band does not give the wearer energy. However it stops the wearer from being robbed of energy, by creating a healthy high energy environment around the wearer, which enables an improved sporting performance.

Positive ion fields are deprived of oxygen, have stronger gravitational fields which put enormous stress on our nervous systems, especially the heart, thereby robbing us of energy when we are subjected to positive ion fields.

Some specific positive ion fields are well known for their ability to cause mental illness and unhealthy cell growth, which eventually may lead to diseases such as cancer, leukaemia and chronic fatigue.

"The wrist band by creating a negative ion field around the wearer, protects the wearer from being robbed of energy in a positive Ion environment." G. Bini, Discoverer of SANIT Technology

The discoverer of the SANIT technology (Stand Alone Negative Ion technology), Gerard Bini (also a keen cyclist) is an energy sensitive individual able to feel positive and negative ion fields. He gives an example of fields on performance in his local area in Melbourne Australia. He says "An actual example of this is Balcombe Hill on Nepean Hwy in Mt Martha which is a 700 metre long steep hill that to most riders is at first a daunting task to tackle. Surprisingly the hill is not the energy zapper that it first appears to be. That is because the positive ions along the stretch are relatively low, and due to its natural surroundings has a slightly negative ion atmosphere. The problems start at the top of the hill which has a very slight incline, however there is also a very strong positive ion field for the next 1.4 kilometres of road, due to high geopathic stress and the odd cell phone tower. On this part of Nepean Hwy, a lot of riders comment that they feel heavier and ride much slower than anticipated considering the very slight incline compared to the steep hill, which does not make any sense. However with the wrist band, when riders encounter a heavy positive ion stretch of Nepean Hwy, their performance is improved and the stresses on their physical and nervous system is much reduced."

The SANIT (Stand Alone Negative Ion technology) is the only such negative ion system world wide. From the research by Gerard into other such energy bands on the market, the Improved Sporting Performance Wrist Band is the only such product that operates at the correct heart resonance needed to improve sporting performance. Evidence of this negative ion resonance can be verified by specific kinesiology testing of the heart organ (must be performed by a qualified Kinesiologist). 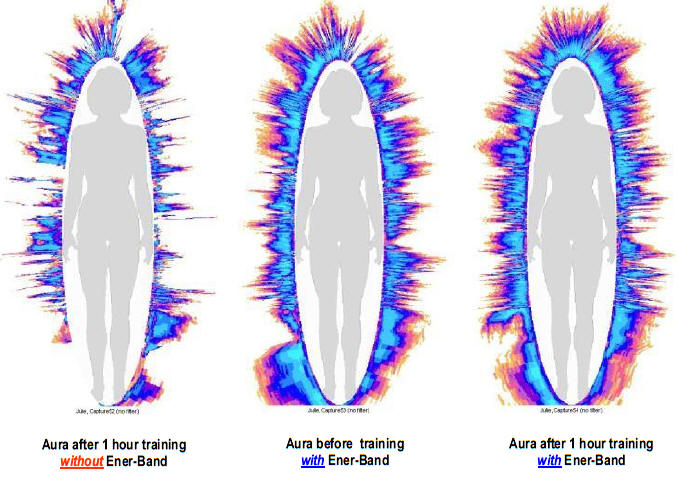 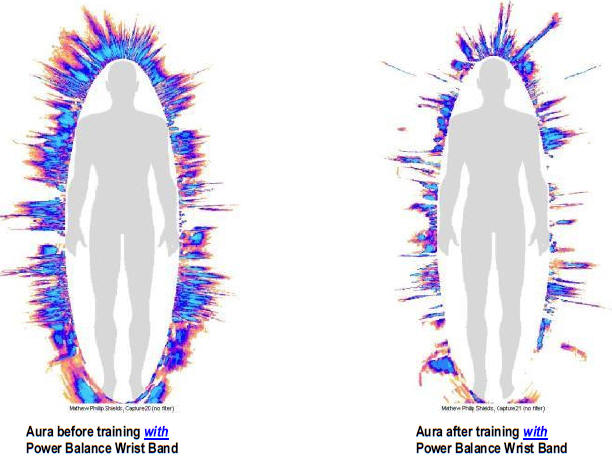 I wore this band in a yoga class recently and I noticed that I was able to do more poses and didn't feel too exhausted at the end of the workout. Very intriguing! Will use it often whenever I can!

I bought two of these and gave one to my Mom.I have personally noticed a difference in my daily workouts in that I don't feel as it is so much of an effort as it used to be.